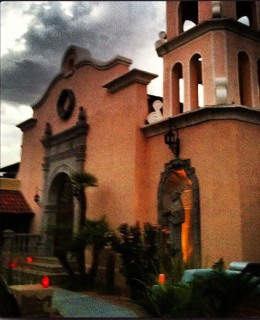 Neverland Chapel is the name given to the chapel, adorned with musical insignia and guarded by the patron saint of the animals, which is the forefront of the property known as Hacienda Palomino.

The most elaborate in Las Vegas, Neverland Chapel has sprung back to life after being vacant since the death of the former resident, Michael Jackson.  Previously discussed renovations have been completed.  The property saw the inauguration of its new era in June of 2012, hosting the Embassy and consulates of Monaco in the US, with local dignitaries including Steve Wynn, Sig Rogich and others. 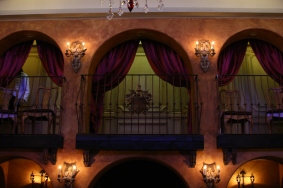 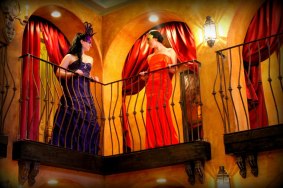 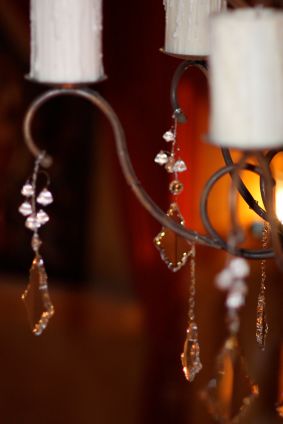 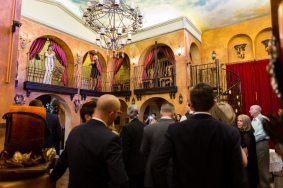 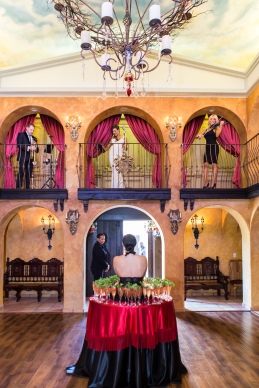 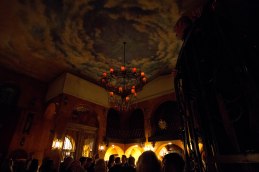 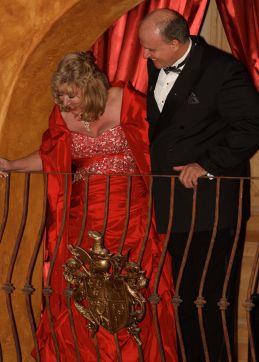 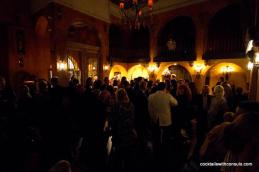 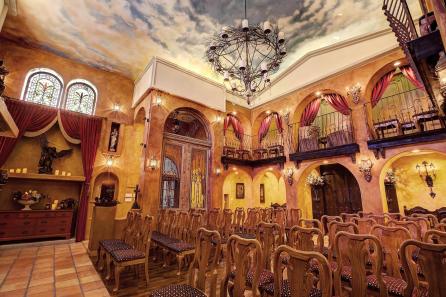 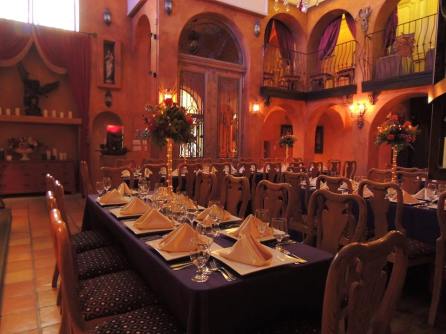 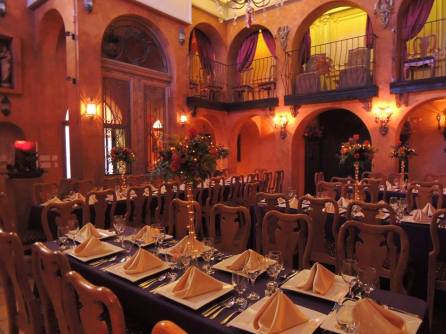 Once the home of many priceless works of art in the Michael Jackson collection, Neverland Chapel’s main entrance was a false door, perhaps designed to fool aspiring thieves.  The entrance has been opened and the massive mediaeval door is a striking welcome to guests.

The Chapel is a pitch-perfect performance theater, seating up to 74 guests on two levels.  Built in the theme of a chapel, it is actually a performing arts venue, designed and constructed by an eccentric Las Vegas theater developer.